A controversy of intensive development in artificial intelligence is bringing up new questions based on big data analysis and social impact on modern society. CREATOR and CREATION relation has transformed from religious to scientific, where human-machine become more obvious as nearly as a parent-child cycle.

JSFF 2019 will deepen the nature of this relationship in 3 possible aspects:

- HUMAN and PRODUCT (art piece, industrial, theoretical etc.)
- HUMAN and MACHINE
- PARENT and CHILD
Important notice: There are no categories for award, contexts are provided only as theme guideline only.

HUMAN and PRODUCT – There are many studies and principles on the creation and/or creative process. Basically, it refers to all beings able to produce anything. Thus, each work applied on JSFF2019 stands for creation as result on the creator’s process.
Evaluating process would focus on 3 stages: preparation, processing and production. All of three aspects should be visible through final product, however, its genesis, directing aesthetics, script and production are immanent factor of works value.

HUMAN and MACHINE – Last century achieved remarkable development and involvement of machinery in everyday life. Thus the relationship of those two identities has been transforming from pure consuming of a machine by human towards mutual affection and more obvious reaction from machine to human, especially with stronger software development. This ongoing process keeps bringing new phenomena and questions on background and future of this relationship and its consequences, which we, through next selection want to see deeper.

PARENT and CHILD – This is longest cycling Creator and Creation process on Earth. Is continues role transfer model where Creation become creator. This system allowed us to maintain sources, use transferred experience and knowledge and develop future to this remarkable level.

All movie authors whose movies match the qualification, regardless nationality, experience, profession or any additional criteria.

Movies must not be larger than 1.6 GB (4k formats are not acceptable)

JSFF Jury keeps the right to add special awards or to change the list of Awards before the official Festival. Except the Best Movie Overall. 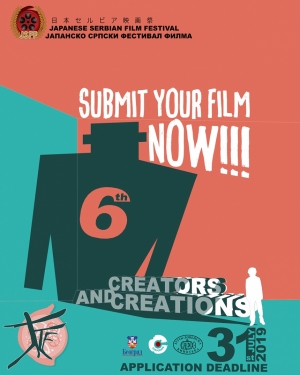